Cavalor was born in 1989, the brainchild of a young agricultural engineer named Peter Bollen.  He had just completed his thesis, “Nutrition of the Sport Horse,” and was hired by a Belgian company whose managing director shared two of Peter’s passions: equitation and horse nutrition. Together they decided to launch a line of products dedicated to the nutritional needs of high-performance horses.

Throughout the next two decades, Cavalor built an international reputation as the world leader in equine nutrition for high-performance horses. Cavalor has helped thousands of horse owners and competitors understand this very simple but crucially important equation: Proper Nutrition and Care = Top-level Performance.

Today Cavalor products are available in more than 50 countries worldwide and are used by champion riders.  Cavalor offers a complete line of horse feed, supplements and care products. All are the result of years of intense research and development, thorough testing, selection of the highest quality ingredients, and strict manufacturing and quality control processes.

Our company’s values are: Innovation – Quality – Results. We dedicate ourselves to inventing, manufacturing and distributing the best quality and most effective equine nutrition products in the world for the health, performance and happiness of all horses, from a foal’s first steps to retirement.

Cavalor is the only equine feed company in the world that does not rest until we have reached what could be called “the last mile”: ensuring that using our products is a great experience – for the horse, of course, but also for those caring for the horse.  For example, we believe that the presentation of the supplements fed to a horse is as important to the horse as it is to the groom who feeds it at 6:00 in the morning.  We feel that opening a bag of feed should be a visually pleasing experience and that the aromaof that feed should make the horse (and even the groom) want to eat it.

Throughout our more than 30 years as an industry leader, Cavalor has attracted the most prestigious and visible representatives from all equestrian disciplines. We did so with a single asset: a line of products that work as advertised, that truly improve (in a measurable way) the performance and well-being of champion horses, and that meet quality standards unparalleled anywhere in the world.

Cavalor is proud to count among its customers, supporters and endorsers an impressive roster of World Champions, Olympic medalists and World Cup winners.  The success of these athletes is derived in large part from the continuous health and performance of their equine partners. And it is a great testimonial to the Cavalor brand that so many of them rely on our products to compete at the highest levels.

Until 2000, our product line consisted solely of nutritional supplements and care products. As a continuous sign of innovation, Cavalor decided to incorporate our technology and know-how into horse feeds. Through a strategic alliance with international animal feed company Versele-Laga, Cavalor Feeds was launched and quickly earned the same stellar reputation enjoyed by the supplement line.

In 2003, Peter and his close associates bought the Cavalor business from its parent company through a management buy-out (MBO). Cavalor became an independent company. The distribution network now includes more than 50 countries around the world and reaches locations as distant from Belgium, our corporate headquarters, to Australia.

In 2008, Cavalor established itself in the Middle East, where equestrian sports have grown substantially.

The following year Cavalor launched a North American subsidiary to serve the needs of this very large and significant market. Michael Pollard, current CEO of Cavalor North America, first used Cavalor products while competing in Europe during the summer of 2010. One of his horses, Wonderful Will, was having a hard time eating anything at all. Will’s finicky eating habits combined with his hefty competition schedule left Michael struggling to get Will to eat.

Michael contacted Peter. Peter worked with Michael and recommended a specific feeding program for Will, and soon they were amazed at his transformation. Not only did Will like the new feed, but after a few weeks he was banging and begging for his grain – something he had never done before.  Better yet, Will’s muscle tone developed so much that other people at the training center in Germany began inquiring about what feed he was on.

Coincidentally, Michael had been on the lookout for investing in an equine-related business.  A deal was struck in late 2010, and Michael became a partner in the business.

Cavalor has a longstanding commitment to supporting equestrian sports at their highest level.  We were proud to be Belgium’s Official Animal Health and Nutrition Partner for the Alltech FEI World Equestrian Games 2010.  In fact, half of the horses at the Games were fed Cavalor.  Cavalor was also proud to be the Official Supplier for the Belgian Olympic Team for the 2012 London Olympics.

In summary, more than 30 years after its creation, Cavalor is a global brand that can justifiably be called the world leader in equine nutrition for high-performance horses. 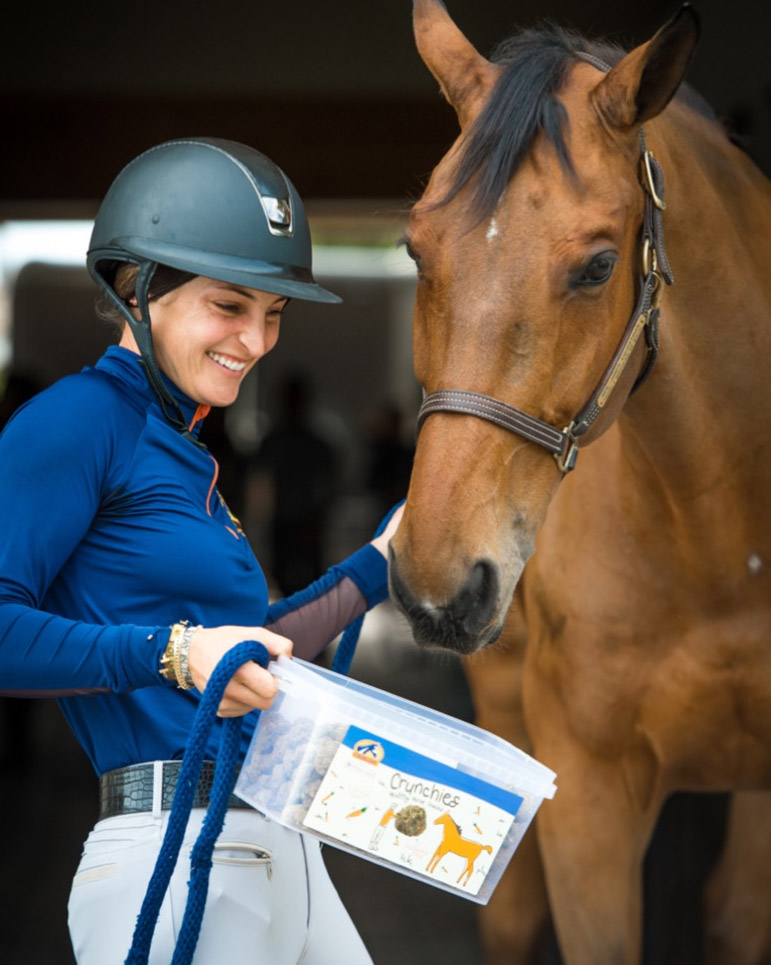 This website uses cookies to improve your experience while you navigate through the website. Out of these, the cookies that are categorized as necessary are stored on your browser as they are essential for the working of basic functionalities of the website. We also use third-party cookies that help us analyze and understand how you use this website. These cookies will be stored in your browser only with your consent. You also have the option to opt-out of these cookies. But opting out of some of these cookies may affect your browsing experience.
SAVE & ACCEPT

Wachtwoord vergeten?
Error: the username maximllMt is not registered on this site. If you are unsure of your username, try your email address instead.
Nog geen lid? registreer hier

👋 Be part of the Cavalor Community!